Since 2008, Nike’s Flywire design has continued to evolve, but most have integrated the strategically placed cables beneath textile. Rather than hide this dynamic tech, the Nike Untitled 7 shoe concept highlights it as a primary footwear feature.

The Flywire is stretched and extends through the sole to the upper portion of the shoe, much like a suspension bridge. The cables wrap over the top of the foot onto the other side of the shoe, securing the foot to the sole and upper. So as not to mess with the delicate cable balance, an integrated zipper opening on the inside of the shoe along allows for easier access while refining the aesthetic.

Its potential applications range from making radioactive waste easier to dispose of, to making salt water drinkable, but soon we might be able to add ‘revolutionising speaker technology’ to a list of graphene’s achievements.

Every speaker, from the massive arrays that flank the stage to the tiny drivers inside earbuds like Apple’s AirPods relies upon a moving coil or membrane to displace air.

This is a good system, and engineers have gotten very good at producing great sounding speakers, but having these moving parts means that the mechanism takes up more space than it needs to.

The new graphene method, published in the journal Scientific Reports and reported by Phys.org, involving rapidly heating and cooling the atomically thin material to cause the air around it to expand and contract, creating sound waves.

The new process not only allows speakers to be made that are much smaller than was previously possible but, thanks to graphene being transparent, it means that a layer of the material could be placed over a phone screen to turn the entire screen into a speaker.

Phone bezels have already gotten fantastically thin with phones such as the Samsung Galaxy S8, but this new technology could see them reduce further still without having to compromise by putting the speaker on the side or the rear of the phone.

However, although the research looks promising, graphene has a number of manufacturing problems that are holding it back from mass-market production. At the moment producing a ‘perfect’ sheet of graphene is proving difficult, meaning that they have about half the strength of a perfect sample.

So while the list of potential applications continues to grow, the much needed development remains in graphene manufacturing.

Techradar – All the latest technology news

Update: So far this year Sony has focused on its XZ range, but there are still several rumored handsets unaccounted for, so we can't rule out the Xperia X2 just yet.

The Sony Xperia X is over a year old, so we should be due a successor any time now.

That said, we don’t yet know a huge amount about Sony’s next mid-range marvel, and with the Sony Xperia XZs recently announced alongside the Xperia XZ Premium – but with no sign of a new entry in the X range – it's possible that we won't get an X2, at least in name.

Still, we haven't given up hope yet, and there are some rumors of what to expect if or when we do get it.

Join us below as we dive into them and fill in the gaps with our best educated guesses.

Cut to the chase

We were expecting to see the Sony Xperia X2 at MWC 2017, but that wasn't to be, and with Sony having used the event to announce two other phones it might be a while before we see the X2.

But there's some talk that Sony has not one but five handsets in the works, only two of which are accounted for, and model numbers for two new Xperia handsets were revealed by the Eurasian Economic Commission in October, which suggests we’ll see them soon.

The numbers are G3112 and G3121, neither of which are attached to any announced Sony phone, with the XZ Premium and XZs both starting G8.

TechRadar’s take: While we don’t know a huge amount about the Xperia X2, the leaked model numbers above, and rumors of Sony phones in the works, suggests it may well exist and be coming soon.

But recent leaks suggest Sony has a bunch of new phones on the way, including one with a 5.5-inch QHD screen – and this one could feasibly be the Xperia X2.

Then again, there's also apparently a 5.0 or 5.2-inch 1080p handset on the way, and that device has been rumored more than once. It's possible that this is the since-announced Xperia XZs, but not all of the specs line up with that, so this too could be the Xperia X2. 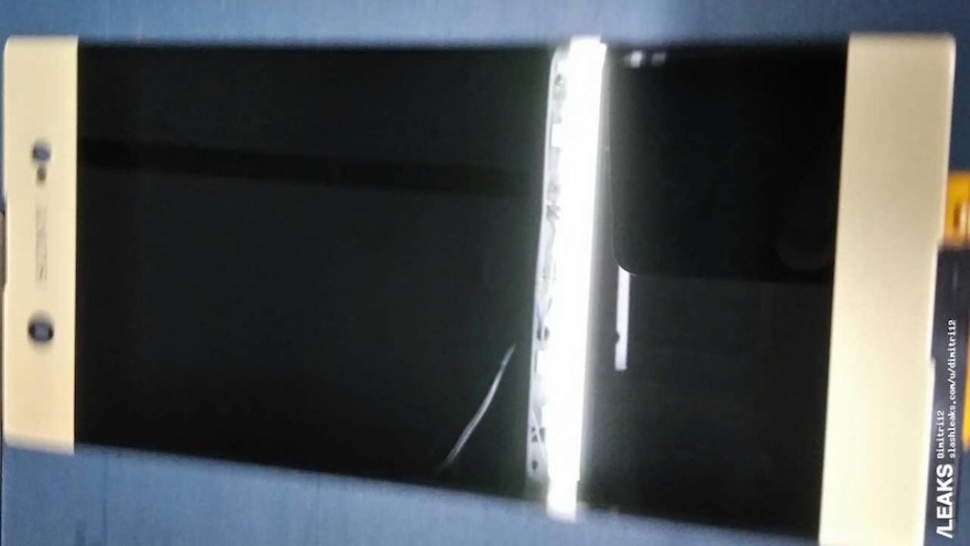 Alongside these rumors we’ve also seen an image that's supposedly of an unannounced Sony handset, shared by Slashleaks.

The shot is very blurry, so it’s hard to make out much, but the screen appears to be edge-to-edge to a greater degree than the Xperia XZ Premium or Xperia XZs (both of which have been announced since this leaked).

However, it's labelled as the "Xperia XZ (2017)", so may be a successor to the XZ instead. Perhaps the Xperia XZ 2 if there is such a thing?

TechRadar’s take: The Sony Xperia X2 may stick with a 1080p screen again, but some rumors suggest Sony is finally pushing up the resolution of its phones, and we've seen evidence of that on the XZ Premium, so QHD is possible.

Our only real hint at the design of the Sony Xperia X2 comes from the picture above, in the screen section, though this is possibly of the XZ 2 instead.

It shows large bezels above and below the display, with a front-facing camera, but seemingly no buttons on the front, despite there being plenty of space below the screen.

Other than the edge-to-edge display the design is broadly similar to the Xperia X, and whether this image is accurate or not a continuation of Sony's boxy design language is likely, along with a metal back, as that's what the original Xperia X has.

It could alternatively be inspired by the frosted back of the Xperia XZs or the mirrored rear on the Xperia XZ Premium.

The Xperia X2 may also be water-resistant, as some Sony handsets are, including the Xperia XZs, though the Xperia X isn't, so don't count on being able to take it swimming.

TechRadar’s take: The one possible image we’ve seen is believable, in so much as it’s broadly similar to the very rectangular design Sony has used on its phones for years. There’s no word on what the X2 is made of, and it could be either glass or metal, given that Sony has used both in the last year or so.

There’s little word on what camera the Sony Xperia X2 will have, but one rumor points to either a Sony IMX400 lens or an unnamed 23MP rear shooter and 16MP front-facing one.

Alternatively it might get a 19MP rear camera and a 13MP front-facing one, like the recent Xperia XZs and Xperia XZ Premium.

Failing that, there’s a chance it will use the same camera as the Xperia X. In which case you can look forward to a 23MP rear snapper and a 13MP front-facing one, though it’s likely Sony will make some changes or improvements to the camera, in order to help its new handset stand out.

In any case, don't expect a move to dual-lens. 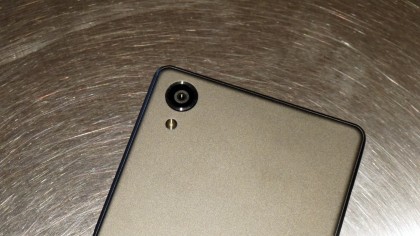 We don’t know what size battery to expect. The Sony Xperia X has a 2620mAh one, so the X2's could be similar. One thing that is likely is fast charging and a USB Type-C port, as Sony’s already switched to those on its higher end phones.

We've heard a few power rumors now, including the possibility that the Xperia X2 could have either a top-end Snapdragon 835 chipset or a more upper mid-range Snapdragon 653 one. Though an octa-core Helio P20 is also possible.

The same source suggests it will have likely 4GB of RAM, but possibly as much as 6GB, while the only other power rumors we’ve heard are again that the X2 could have 4GB of RAM, which isn’t unrealistic at all given that the original Xperia X has 3GB. As for the operating system, Android Nougat is likely.

TechRadar's take: Based on the specs of the original Xperia X the most likely rumors are a Snapdragon 653 chipset with 4GB of RAM.

There aren't any feature rumors yet, but we’d expect the X2 will have a fingerprint scanner, as its predecessor does (though not on the US version).

Techradar – All the latest technology news

A phishing attack has recently started showing up in the inbox of Gmail users, attempting to convince them that one of their contacts is sharing a Google Doc with them. The attack is especially heinous, as the shared link appears to come from a known contact—maybe even someone you email regularly.

Upon opening the email, the user is informed that someone wants to share a Google Doc with them and that “Google Docs” is requesting permission to read, send, and delete emails, as well as manage their contacts. The user is presented with buttons that say Allow and Deny.

Once a user clicks on the fraudulent Allow link, they will be redirected to a Google account sign in page. If you sign in, the attack will then spam your entire contact list with the same phishing email, although it is unclear what the intent of the attack is just yet.

One way of determining whether or not an email you received was part of the scam is to look at who it is addressed to. The scam emails are often addressed to hhhhhhhhhhhhhhhhh@mailinator.com, with other addresses copied on.

If you believe may have accidentally clicked the link, it’s important that you immediately change your password for your Google account, and any online accounts where you may have used the same password. Users can also access their account permissions here, and remove permissions for “Google Docs,” which is the fraudulent service introduced by the email.

If you haven’t opened the email, Google recommended in a tweet that you simply report it as spam. In an official statement, Google said that it has officially removed the offending account, but it recommends that affected users still perform a security checkup.

In light of the attack, Google also gave the Gmail on Android app a boost in its ability to alert users to potential phishing attacks. Gmail users on Android will now be presented with a red warning if they click on a link that the system determines is some sort of forgery.

The 3 big takeaways for TechRepublic readers